As such, when you put together your solar power system at home, you want to make sure that it benefits from one of the best solar inverters on the market. We’ve put together a list of solar inverter reviews to help you accomplish just that. 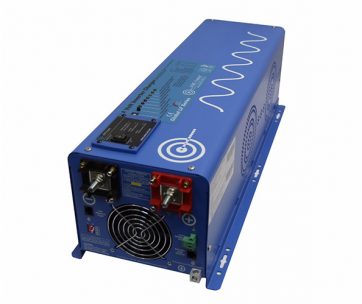 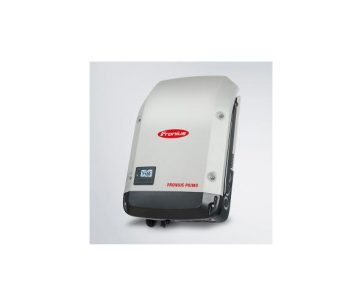 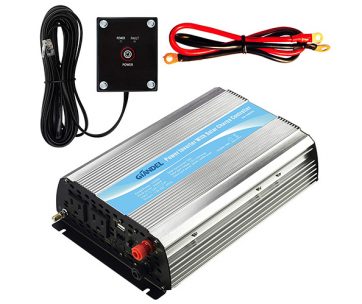 The Best Solar Inverter: Reviews in 2020

Some inverters are designed for off-grid applications, while others work best when connected to an existing power grid. In what follows, we review grid-tied inverters ideal for home use. These can help you reduce your monthly electricity bills when connected to your power grid or, in the right circumstances, switch entirely to solar energy. 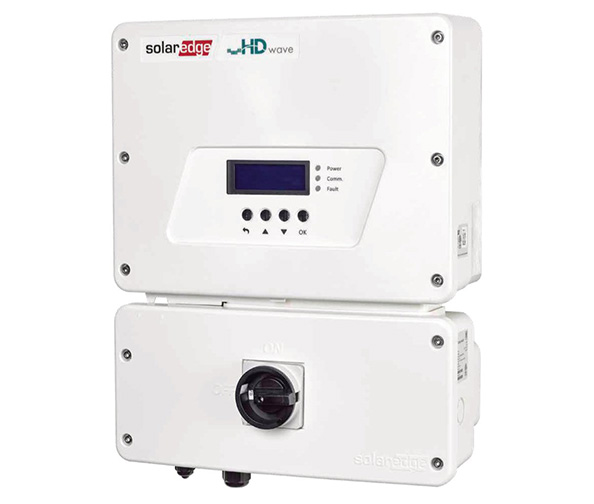 This unit by SolarEdge takes the top spot in our list of solar inverter reviews due to its high versatility and affordable price. Essentially a grid-tied string inverter with optimizers, it presents the advantages of a centralized design (including a lower installation and maintenance cost), while also allowing you to monitor each solar panel individually.

For home use, we recommend the SolarEdge 7600Watt inverter, which features a rating high enough to startup all household appliances at once. The same model can be purchased for 3kW, 11.4kW or higher for smaller households or commercial use, respectively.

When you install this inverter by SolarEdge, the voltage of each panel is managed by means of individual optimizers, while the DC to AC conversion takes place in the central unit. Cooling components and heavy processing are no longer necessary, which makes for a much smaller and up to 50% lighter unit. 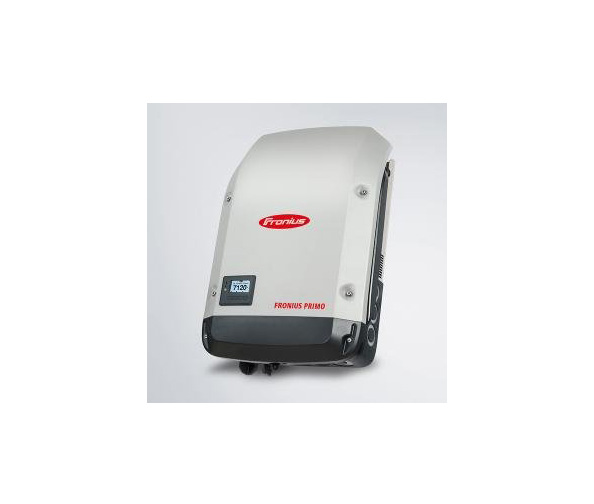 A transformerless string inverter, this unit by Fronius features at the very top of most solar inverter reviews. The main reason why this is the case? Although slightly pricier than other options, it is built with excellent quality components that make it reliable and very durable.

It’s also super easy to install. In fact, Fronius is a high-end Australian manufacturer that became popular only a few years ago due to the inverter’s snap-in design. Coupled with easy-to-read monitoring features and dependable customer service, the performance of Fronius inverters has quickly achieved notoriety worldwide.

We recommend the Fronius Primo 5.0-1 because its size is ideal for the average household, but additional versions are also available for smaller or larger conversion ratings. At a peak conversion efficiency of 97.9%, you’ll need a PV input of about 7800W in order to make the most of this inverter. 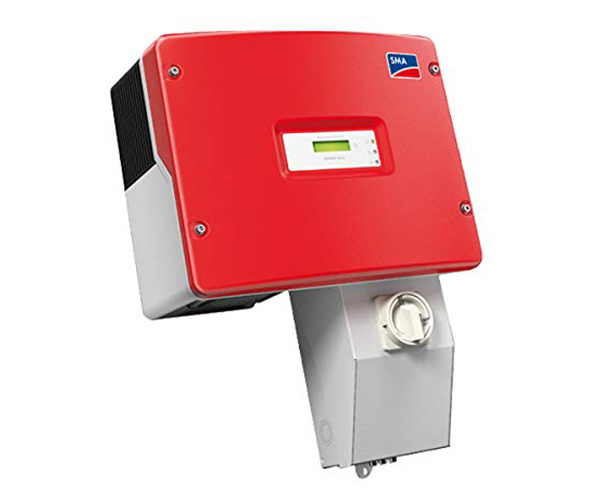 Unlike Fronius, SMA has been on the solar energy market for more than a decade. Indeed, SMA is by far the longest-serving and largest solar inverter manufacturer in the world. For potential buyers, this means reliable products and highly bankable warrantees.

The SMA Sunny Boy 3000 is the manufacturer’s best solar inverter for single phase applications and it comes in a size of 3000W that can power up a small to average household once connected to sufficient solar panels and the existing electricity grid. For three phase applications, home owners might consider the SMA Sunny Tripower, which also comes in a variety of sizes.

The SMA Sunny Boy comes with integrated “auto-sensing technology” and can automatically detect output voltage of 208VAC or 240VAC for ease-of-use. It supports solar panels in series and its autonomous grid monitoring facility lets you connect the AC output to any electricity distribution node in the house. 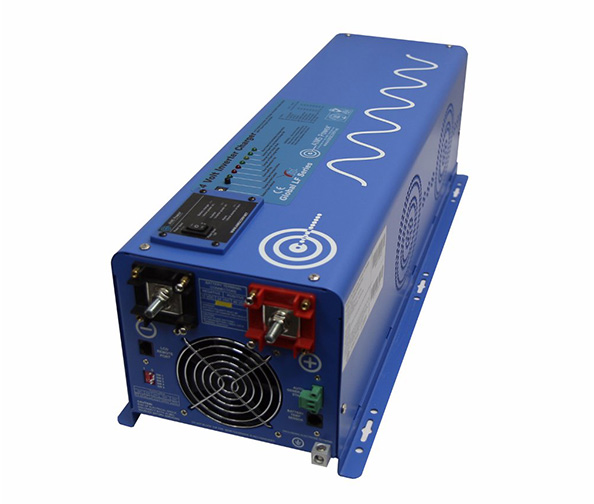 Not necessarily as popular as other options in terms of solar inverter reviews, this unit by AIMS is nevertheless one of the most solid and reliable inverters you can buy. Featuring a marine/industrial grade frame, it will withstand all manners of weather and impact and continue to function flawlessly for years.

At a standard capacity of 6000W and a 20-second surge power capacity of 18000W, this inverter can startup just about any appliance. It can be used to power pumps, motors, compressors, and other large appliances that require three to seven times their running power in order to startup.

Moreover, AIMS Power’s best solar inverter can produce AC in 110, 120, 220, or 240V, which means it can be safely connected to any device, anywhere around the world. Its in-built charge controller and smart battery charge will let you select which power source (solar panels or electric grid) you wish to use first and which should serve as backup. Though ideal for home use, this inverter can also be used off-grid. 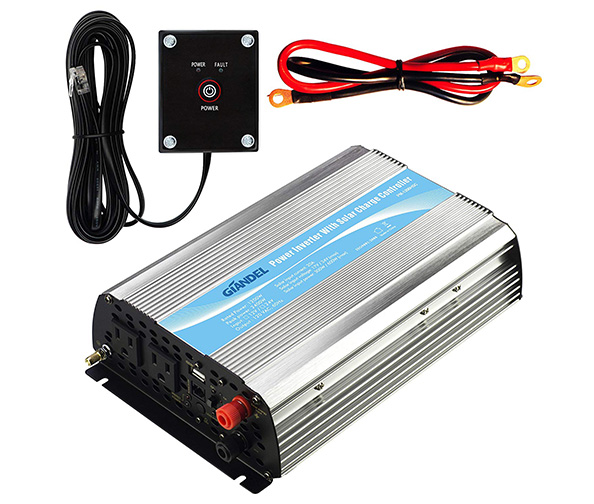 Smaller in size and much lighter than other options, the Giandel 1200W features in our top best solar inverter reviews because it is ideal for both a tight budget and off-grid applications. While the inverter can be plugged into a home electricity grid, it can also be easily connected to portable solar panels to charge devices on the go.

At a size of 1200W and a peak power output of 2400W, this is one of the best solar inverters by Giandel. It will startup household appliances such as TVs, computers, refrigerators, and even an air conditioner. Included with the inverter is an in-built 20A PMW charge controller. As such, without any additional components, you can use this unit to connect a solar panel to a device or battery for charging.

The inverter features two AC outlets and one USB port that can be connected to various devices, while its output and input sockets are isolated from each other for enhances safety and ease-of-use.

Why Is Your Solar Inverter Important?

Most people associate solar energy with solar panels, but an inverter is just as essential in the proper functioning of an entire solar power system. The inverter converts the variable direct current (DC) it receives from solar panels or from a rechargeable battery into the alternating current (AC) used by home appliances like solar water heaters. In addition, it ensures that 12V, 24V, or 48V electricity from the solar power system can be turned up to 240V current, which is necessary to power up devices like solar pool heaters.

The best solar inverters are primarily assessed through the criterion of inverter rating, which represents how much power one or several appliances can draw from the solar power system at one time. Generally, appliances require more power to start up than they do to stay on, and this is why it’s important to acquire a decent size inverter with the potential to achieve high, short-term surge power capacities.

The Ideal Watt Rating (or Size) for a Solar Inverter

The ideal size for your inverter depends entirely on your particular home solar panel power system. In other words, you want to choose an inverter whose watt rating equals the watt rating of your entire system. If your system produces 6000W (more or less your total PV input), then you should consider only inverters capable of handling 6000W or more. Generally speaking, you won’t need more than 11000W to power up the average household.

The second factor to consider is the surge capacity of a solar inverter and for what duration of time the unit can maintain such high watt ratings. The higher these numbers, the more likely it is that your solar system will be able to power up large appliances, power tools, and other machines. For instance, a fridge requires about 1200W to start, while a table saw will need over 2000W. For an optimal purchase, consider what appliances you want to connect to your system and how much power they require to turn on.

How to Choose the Best Solar Inverter for You

As most solar inverter reviews will tell you, there is no one best model to fit all needs. This is precisely why most manufacturers sell inverters in a variety of sizes and for multiple applications, like this novel setup created by researchers at Arizona State University. To make the right choice for your specific solar power system, consider the following questions.

What kind of weather will the inverter be exposed to?

Inverters connected to a home’s electricity grid are generally installed outdoors, (like this large one being developed by engineers at the University of Arkansas) often without any cover from elements such as rain, snow, and extreme heat. Ideally, the inverter you purchase should come with its own frame and casing for protection, as well as with an in-built cooling system for high temperatures. Of course, some regions are more exposed to certain types of weather than others. If, furthermore, you intend to install your solar inverter in a protected outdoor space, whether the unit is weather-proof might come lower on your list of priorities.

Is your solar power system off-grid, connected, or both?

In other words, do you intend to permanently install your inverter for home use (as part of a solar power generation setup, for example) or would you prefer to be able to transport it as part of a portable solar power system? Our reviews have focused on grid-tied inverters, which are often more powerful than other options, but also larger and heavier. If, on the other hand, you’re looking to put together a portable solar generator, you could prioritize lighter inverters with smaller watt ratings.

What is the maximum output of your solar power system?

This question is essential because if your inverter cannot handle as much power as your solar system produces, the entire system will render disappointing results. Calculate the total PV input of your solar panels and consider only those inverters that can handle such watt ratings. Generally, the actual PV input of panels is approximately 15%-20% lower than what is advertised, but to establish a reasonable margin of error, you shouldn’t shy away from acquiring a unit with a slightly higher inverter rating than you need.

Are you likely to expand your solar power system in the future?

The best solar inverters feature the possibility to connect to additional components (batteries, solar panels, even other inverters) in order to expand the capacity of the entire solar power system. If you believe that, in the future, you might purchase additional solar panels or require more electricity, then you’ll want to make sure the inverter you buy offers options for additional connections.

Solar inverter reviews can seem intimidating at first, mainly because they’re riddled with tech terms you might never have encountered before. Don’t let this discourage you! The characteristics we’ve described above, alongside the reviews we’ve put together, can help you make an optimal purchase even if you’re not an expert electrician.

Solar Orbs/Spheres: How Do They Work?

Solar Orbs/Spheres: How Do They Work?